Anne Pery was in New York at the time of the attack on the World Trade Center. She photographed Manhattan and the American people who came to pay an emotional tribute close to Ground Zero. She was especially struck by the surge of patriotism in the American population, which shone through the ever present Stars and Stripes filling up the streets and becoming a symbol for the massive commitment of the country against terrorism.

However, this series has nothing in common with a photo story in the classic sense of the term. Mingling in the crowd, her eyes were once again attracted to detail. The photographer didn’t try to give an account of this unprecedented tragedy but in fact she plunged in the turmoil of Manhattan looking for clues which could show the gnawing anguish of the American people. She sensed the tragic consequences of this collective fear and patriotism. 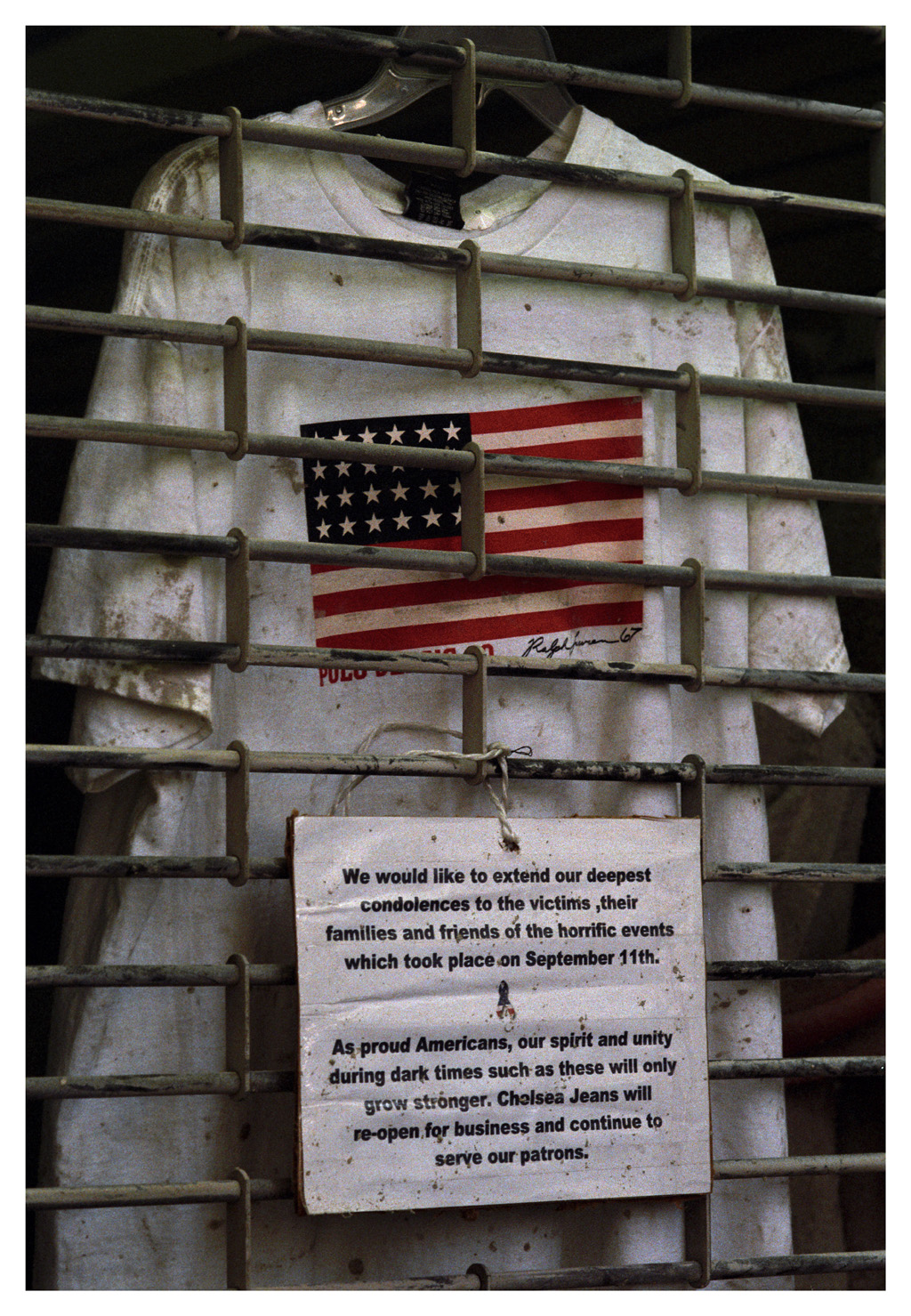